This one is a fifty for me, but fans of the sub-genres may rate this more highly. The Russia-based band mixes too much Goth into its funeral doom musically and too much la-di-dah talking and whispering into its vocals to be a true doom band. With that said – what sounds to me like a concept album – has too much depth to be dismissed as just another goth act with synthesizers and female vocals.
There are quite strong riffs here as heard on Sweet Embrace Of Cowardice for example. The deep vocals, which are reminiscent of Phlebotomized, add meaning, but it is the whispering and natter alongside the synthesized sounds (including the guitar) that reduce this album’s efficacy. It is slow and brooding at times, heavy or theatrical at others. The aforementioned track has some fine bass rattling along the song. When The Robins begins with a Diamonds And Rustic arrangement before descending to a Metallica-esque crap. It is essentiality a pop song in sensibility. The instrumental Asphalt sounds like water is dripping below while the nazgul shriek overhead. Piper is more theatrical while You Are My Despair bores with the female vocals.
The seventy odd minutes that is Never Pretend would be pretending were it to term itself funeral doom, but gothic doom new age would be an apt description. Metal fans should approach with caution.

Locus Titanic Funus is, like their rather unique name implies, not your average run-of-the-mill band. The Russian quartet, which was founded nine years ago, specializes in themes such as romance, death, sorrow and decay – And, wanting to incorporate their talented violinist as well as having both a clean female and a growling male performing song duties, they decided to combine two genres who has dealt in the same musical arenas in the past; Namely, Doom and Gothic Metal, creating a menacingly slow, yet high-pitched and very symphonic sound.
This sound has since then been refined, as the band released their second Full-lenght last year. It carries the title Never Pretend, and consists of nine tracks spread across a little more than an hour worth of playtime.
Now musically, Locus Titanic Funus is not a bad choice – They seem to be inspired by some of the early to mid releases of Cradle of Filth, which they in turn infused with an almost signature oppressive, dark and melancholic set of overtones, that I rarely find outside of Russian, Ukranian and, to some extent, Finnish Metal bands. The end result is several tracks such as ”Piper” (which can be found below), eight to ten minutes long musical ventures into romances gone wrong, without ever leaving behind a small sense of lament.
Granted, at times the slow growl loses some of its charm and pull as the music slows almost to a halt – But when the band manages to hit their stride and merge their instruments together in a dampened, but consistent tempo; That is where Never Pretend truly shine.
In my honest opinion, this Russian quartet is one not to overlook if you are into the whole Doom Metal genre – It is powerful and engaging, and the Gothic lay-over gives it an interesting extra dimension. Alternatively, I will not recommend Gothic Metal fans to avoid an album such as this since the elements are clearly there – But at the same time, it is clearly not where their primary focus is.

LOCUS TITANIC FUNUS (whose the name I would translate from Latin as the “Place of the Titanic destruction”) was created in 2010 in Moscow. “Never Pretend” is not their debut, because they previously released one full album in 2013.

The music from the latest Russian album is full of Doom Metal spirit. The moods expressed in this way are melancholy, despair, collapse, hopelessness. However, the heaviness and slow pace – although they broadcast the tone – are not the only means of expression used by these talented Muscovites. We also will find here more vivid fragments which I would describe as Doom Gothic Metal and Gothic Black Metal. The appearing accelerations give us short-lived hope for breaking out of the noose, unfortunately (?) Soon, with even greater strength, the depression returns. The climatic elements woven here and there do not weaken the overwhelming mood typical for Doom, but they strengthen it more.

The songs are composed and arranged with a great musical imagination. The band gives a lot from themselves moving within the genre of the music. The instruments play in a varied way. The guitars, in addition to massiveness, can play melodic, also quickly, can play the solos. The keyboards are quite richly used, in many moments I associate it with the Polish band NEGRADONNA (who plays a completely different music, but also sad music). Th drummer is very good, he is full of inventiveness. The vocals are abundant in hues, first of all the male, but also the female, they use different ways of singing, from spoken whisper to “black squawk”, they express various emotions: musings, despair, aggression. The song “Asphalt” is a climate, it is based on electronics, it gives a bit of breath. Whereas the last “Forgive Us” is a short outro. Despite the variety used, “Never Pretend” is the music for the persistent lovers of Doom Metal, who not only endure almost 70 minutes of gallows mood, but they will also enjoy it.

Second full-length album from this Russian band, Never Pretend features 9 tracks in almost 70 minutes of playing time, quite a long and demanding experience I might say. Actually this is indeed demanding and veried passing through a ton of different emotions and atmospheres offering a bit for every typs of listener of these genres. Basically LTF are playing a ’90’s type Gothic Doom Metal with occasional Black Metal influences on vocals (raspy shrieks that is) and a hint on instruments too here and there; it’s that type of ingenuous, wholeharted, passionate composition that mixes fantastic, extremely well done passages with some other that are either numb, either totally unsuccessful resulting in a puzzling impact on the listener. Imagine Funeral Doom mixed with Gothic Doom and Gothic Black, complete with male and female vocals, whispers, shrieks, choirs, long, melodic guitar leads and excellent guitar solos, melancholic keyboards, violins, and basically every pattern you might think of from such a mix of genres. The major problem from my point of view is that on some of the tracks they don’t let the tracks flow, there are so many rhythm breaks and changes that it becomes annoyingh at times, if they manage to let their compositions flow naturally I can see this band reaching serious heights, this album only managed to convince me they have tremendous potential and frustrate me for not being as good in full as some of its parts are; anyway, all in all I’d say the positive features are more than the negatives on this album, so go right ahead and give it a try, you might discover something right on your alley. 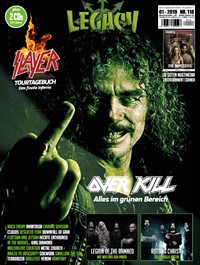 Locus Titanic Funus are a band from Russia that has been featured before in this zine and plays a mixture of black, goth and doom metal and this is a review of their 2018 album “Never Pretend” which was released by Another Side Records.
Stringed instruments start off the album before adding in some heavy riffs and goth style synths while the slower riffing is very heavily rooted in doom metal along with all of the musical instruments having a very powerful sound to them as well as the solos and leads being done in a very melodic style.
A great portion of the tracks are very long and epic in length while spoken word parts are also utilized at times along with the vocals also adding in a great amount of death metal growls and black metal screams as well as some blast beats also being utilized when the music goes into a faster direction, one track also introduces acoustic guitars, whispers, clean male and female vocals onto the recording and as the album progresses they also bring in an instrumental.
Locus Titanic Funus creates another recording that remains true to their mixture of black, goth and doom metal, the production sounds very professional while the lyrics cover solitude and melancholy themes.
In my opinion this is another great sounding recording from Locus Titanic Funus and if you are a fan of black, goth and doom metal, you should check out this album. RECOMMENDED TRACKS INCLUDE “Sweet Enbrace of Cowardice” “You Are my Despair” and “The Flowertale”.

Copyright © 2021 Another Side Records. All Rights Reserved.